Real Life: Snapshots Of A Too Short Life 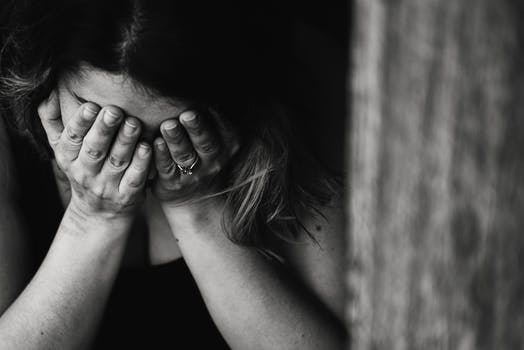 I remember the first time I saw a photograph of a stillborn baby.

It was on one of the pregnancy website forums that I had joined for mothers that all had estimated due dates in April 2007. I was pregnant with my very first child, and the image disturbed and terrified me.

I didn’t understand. The photo weirded me out. It seemed so strange to me that a woman would put a picture of her deceased baby as her profile picture in a pregnancy forum of all places.

Fast forward to December 2011. I delivered identical twin girls at thirty weeks gestation. They suffered from a disease of the placenta that affects identical twins, Twin to Twin Transfusion Syndrome (TTTS.) One of my beautiful girls passed away two days later.

And I posted a picture of my beautiful daughter in her white gown, taken shortly after she passed away.

I enlarged and printed that picture, framed it, and hung it in my living room for all to see.

Suddenly, I understood. Suddenly, I was part of the “club” of grieving mothers.

Those pictures were no longer disturbing or strange; they were beautiful. I completely got why a mother would post her stillborn baby as her profile picture; that photo captured the few moments that a mother was able to hold her precious baby. It represented the only (or one of only a few) of the images that that mother has to hold through her entire life.

Because there will be no pictures of first birthday parties, first teeth, trips to the zoo, the first day of school, growing up, high school graduation, weddings, and so forth. There are only those treasured moments when we met, and then said goodbye, to our child. Our hopes, our dreams, our future, gone in an instant.

I understand why it makes people uncomfortable. Death is uncomfortable. It’s difficult to know what to say and do. Seeing a picture of a baby gone from this world captures our greatest fears as parents. I just ask you to remember that that picture is not about you and your feelings. It is about a grieving parent, trying to grasp on to anything that they can; to remind the world to remember their child.

We, grieving mothers, are bonded by a common sadness. A common experience that you have to share to truly understand. But many of us are determined to do what we can to alleviate the pain for any parents new to this “club” we never wanted to join, but paid the highest dues to enter.

About six months after I lost my infant daughter, I began to write and blog about my grief, pain, and life in general. I found and connected with other grieving parents. A whole new world opened up to me. Faces of loss, stories of grief, but most importantly, stories of survival, which have encouraged me and propelled me forward.

One of the common themes we share, whether our loss was an early miscarriages, late pregnancy, infant loss, or an older child, is that desire to make known that we will always be that child’s mother. Whether we are mothering them in our arms or in our hearts. Hence, the posting of the pictures, that are purely a statement of that mother’s love and devotion to her baby, taken too soon.

To the grieving moms out there: you are always their mother.

And to the lucky moms who get their children here on earth: The next time you see a mother post a picture of her stillborn baby, or an infant that died shortly after birth, try not to be offended or disgusted. Try to remember that for her, that is all she has.